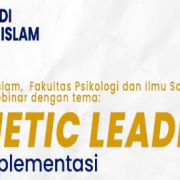 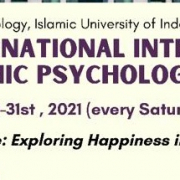 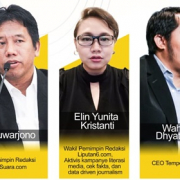 We are now adventuring a month known as Al-Muharram. It is called Muharram because fighting is prohibited in it. In addition, Muharram has been agreed as the first month of the Hijri or Islamic calendar. Together with Dzul-qo’dah, Dzul-Hijjah and Rajab, these are the four sacred months which are blessed and important months in Islam. Allah says in Surah Al-Tawbah verse 36:

“Indeed, the number of months with Allah is twelve months (in a year), so it was ordained by Allah on the Day when He created the heavens and the earth; of them, four are sacred. That is the right religion, so wrong not yourselves therein…” [Surah al-Tawbah 9:36]

In this verse, Allah has commanded the believers to honour and revere these months. Therefore, the fighting and battles during these sacred months has made prohibited and suspended in order to allow trade and peace. Through this arrangement, the pilgrims and visitors of the Sacred House (Ka’bah) are safe and so as to be able to perform pilgrimage and visit the House in total peace and tranquillity. For this purpose, Allah has guided the believers to honour and to severe the representations of Him in the sacred land. More importantly, the believers are also advised not to commit sins and are recalled to strive hard to obey Him. These reminders are essential for committing sins in these months is far greater than committing them in other months.

Of four sacred months, the first three months mentioned above i.e. Dzul-qo’dah, Dzul-Hijjah, Muharram, and Rajab are consecutive months. Abu Bakr (may Allah be pleased with him) reported that the Prophet (PBUH) said, “The year is twelve months of which four are sacred, the three consecutive months of Dhu’l-Qa’dah, Dhu’l-Hijjah and Muharram, and Rajab which comes between Jumaada and Sha’baan.” (Al-Bukhaari: 2958). In the Islamic calendar, Dzul-qo’dah is the eleventh month of the year. This is a time for pilgrims to make preparations and depart their journey to Makkah. Meanwhile, Dzul-Hijjah is the twelfth month of the year and this is the month of which the hajj processions are taken place. Muharram is the first month of the year and it follows the pilgrimage season when the pilgrims return home. Muharram is right after the hajj-procession.

Umar ibn Khattab instituted the Islamic calendar seventeen years after the Prophet’s (PBUH) migration from Mecca to Madinah. It was in the third or fourth year of the succession of Khalifa Umar ibn al-Khattab when they discussed which month should they start the Islamic calendar. Some of the sahabah said this, while some other said that. Finally, they agreed that Muharram made most appropriate year to begin with. Therefore, as the new beginning, they then decided the first month of the year should be Muharram. Since that time on, Muharram was officially declared as the first month of the year.

The virtues of Muharram

Muharram is considered as the best month after Ramadhan. Attributed to Allah, this month gains honour and respect. The Prophet (PBUH) said, “The best month [after Ramadhan] is the month of Allah which you call Muharram “(An-Nasa’i, As-Sunan Al-Kubraa: 4202). It is obvious that this sacred month is called Syahrullahil Muharram – the month of Allah as no other month is called Syahrullah other than Muharram. Literally, our Prophet (PBUH) ­­­­­called it Syahrullah, the month of Allah, Al-Muharram, and therefore, this is the highest honour given to this month and no other month in the Islamic calendar has been given this honour.

The second is that fasting in this month is next only to Ramadan in terms of virtue. The Prophet (PBUH) said,” The best fast after Ramadan is Allah’s month Al-Muharram” (Muslim: 1163). In this month, Prophet (PBUH) fast regularly and Ibn Abbas reported that he never saw the Prophet Muhammad (PBUH) more concerned about fasting on the day of Ashura than in the month of Muharram. The third virtue is that this month is considered as one of the sacred months. Even, many scholars considered the month of Muharram as the most sacred and severed from all of the sacred months.

The fasting of Ashura

When Prophet Muhammad (PBUH) came to Madinah and found the Jews fasting on the day of Ashura, he asked them” Why are you fasting this day?” They said” This a great day. Allah has saved Musa (Moses) and his followers, as well as drowned Pharaoh and his people. Musa fasted it (in thanksgiving to Allah), so we fast on this day”. Listening to this, the Prophet (PBUH) then said,” We have more of a right to Musa than you”, then Prophet (PBUH) fasted on that day and ordered the Muslims to fast on that day (Sahih Al-Bukhari: 3943; Muslim: 1130).

Considering those ways of doing the fasting of Ashura, those who could fast in the ninth, the tenth and the eleventh of Muharram that would be great. Those who are able do fasting on the tenth and the eleventh or the ninth of Muharram, which is also fascinating. When fasting for three or two days are unable to perform, at least we can do fasting one day, exactly in the day of Ashura. Which of way we intent to do it, and when we do it sincerely and properly, may Allah forgives and expiates our minor sins of the previous year.

Most importantly, as Muslims, we consider the tenth of Muharram is the day of Ibadah. We are conscious of Allah even more and we concourse to Allah through our action of worship and through the action of fasting. Especially for the month over all, our Prophet Muhammad (PBUH) encourages us to do extra good deeds, extra fasting, extra charity, as this is one of the sacred month. May Allah saves those who do their best effort to worship Him.  Wallahualam bi shawab.